OhhItaly! offers you a tour that will give you the opportunity to feel the atmosphere of the Venice Carnival. 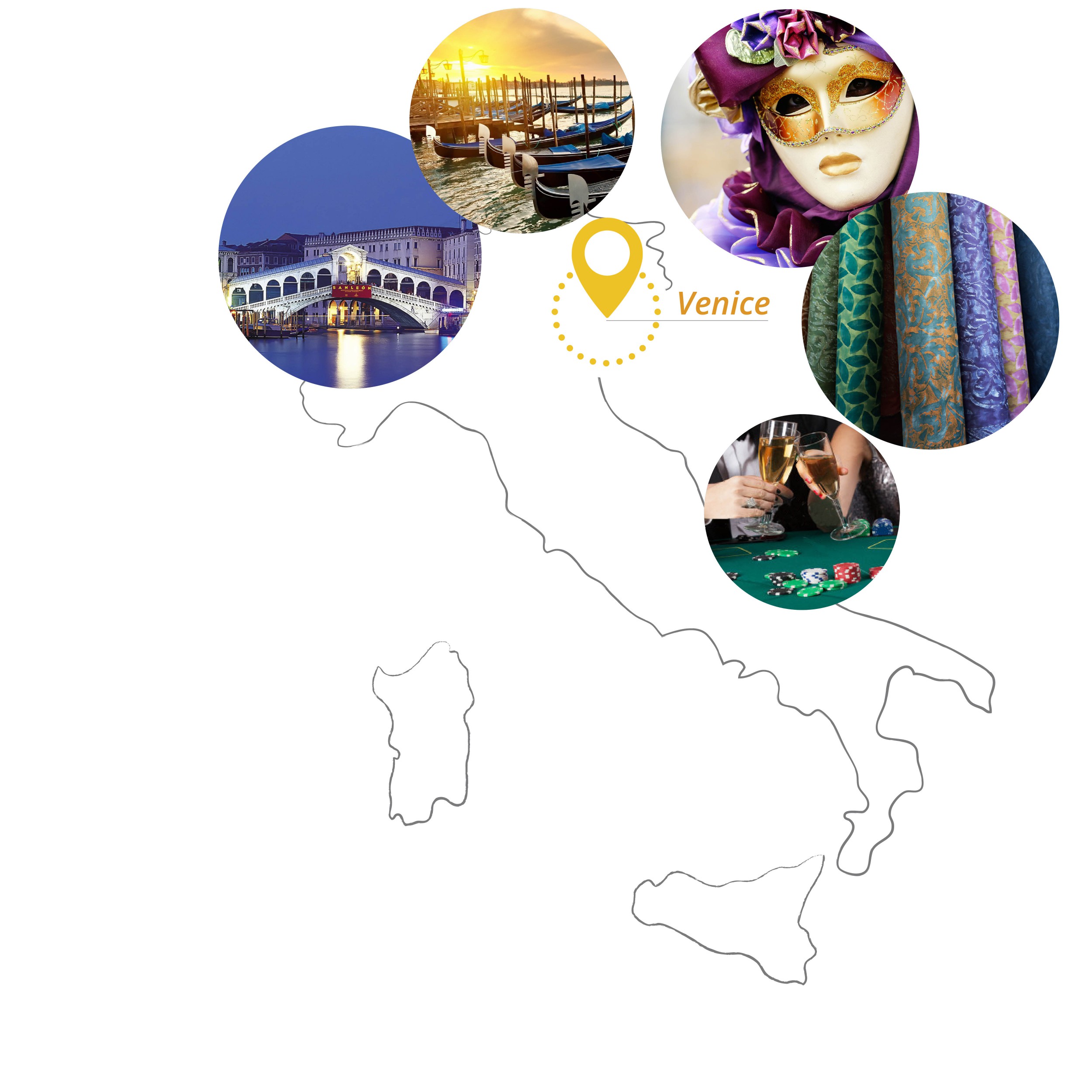 On DAY1, after the welcome and the check in at the hotel, our expert guide will accompany you for a private walkaround tour in Venice. You will start from Correr Museum that will capture your attention from the very beginning with the incredible collections housed within the Correr Museum: a history that spans centuries, ready to amaze visitors with magical and amazing stories about the city. After you will move to the Doge’s Palace Museum, the ancient Doge’s Palace is a true masterpiece of Venetian Gothic architecture. Probably built in the IX century, and transformed over the centuries to achieve the elegant look it has today, the Doge’s Palace was the power and grandeur of the Venetian Republic up to its downfall. This fascinating tour will conclude between the ancient walls of St Mark’s Basilica, with a tour of its golden interior. Originally built to house the precious relics of St. Mark, which had been stolen by two merchants of Venice in Alexandria, Egypt, St Mark’s Basilica assumed the role of a cathedral only in 1807, after keeping for centuries the role of Palatine Museum of the Doge’s Palace.

On DAY2, in the morning time, you will have the opportunity to feel a real Venetian artisan. You will have the opportunity to create and decorate your mask handcrafted with paper, water and glue, decorated and finished piece by piece. The course will explain the techniques, the history and some historical anecdotes on the masks. The courses and demonstrations are held in a workshop located in a cloister of ‘500 became a craft center in the heart of the island of Giudecca. Leonardo Faggian, an artisan that works the papier-mâché from twenty years with the traditional methods of the ancient Venetian mask makers, will guide you in the path of discovery and decoration of the magical Venetian masks. We have to remember that Venice\n is the only place in the world where the mask became an object of common use not only during the carnival very well known, but also during most of the year. Everyday life in the streets of the lagoon city was conducted in incognito. In this regard, there is rich anecdotal curious facts about the habits and customs associated with Venetian mask. In the afternoon, what do you want more than a walk in Piazza San Marco in Venice wearing a carnival costume, hiding your face behind a mask and letting drag from the follies and colors? With this brand new tour, you can experience the magic atmosphere of the Venice Carnival. Choose your dress, your accessories and your mask. Our personal stylist will follow you step by step during this process, while the expert hands of our personal make-up artists will work on your hair style. Finally walk through the streets of Venice accompanied by our photographer that will immortalize the most exciting moments of your day. The tour will end at the Venice Casino, magical setting overlooking the Grand Canal in Ca’ Vendramin Calergi, the sophisticated theatre of the most classic games. In 1638 the Casinò di Venezia quickly established itself as the centre of entertainment of international notoriety while in the 1950s it moved to this location. Casinò di Venezia offers truly unique forms of entertainment. Inside it is possible to find tables dedicated to Roulette games, traditional card games such as Black Jack and Poker as well as the most spectacular slot machines. You can dine at the renowned Wagner Restaurant, which occupies the colorful rooms of the Palazzo, the Functions Room on the main floor and the magical garden overlooking the Grand Canal.

in the morning time, you will have some freetime for shopping. After a light lunch, you will enjoy a private boat excursion\n to the Venice Lagoon islands; this fascinating tour offers you a visit to the timeless islands of Murano and Burano. Murano is the first stop, and is known for its unmatched glassblowing. This is where Europe’s first mirrors were crafted. So valued, the original artists were threatened with execution if they were to leave the city of Venice, on the chance they might share their secrets with the rest of the world. Today these artisans can come and go as they please but they still work with the skill of their ancestors. You will have the chance to see a glassmaking demonstration at one of the most famous factory in the island, in addition to having time on your own to browse their beautiful wares. After that you will head to Burano, the second and final destination. See the area’s famous multicolored houses huddled tightly together along the canals. You’ll see women feverishly stitching lace like their mothers and grandmothers before them. Watch as they painstakingly work every design detail, in this dying art in the age of sewing machines and mass production.